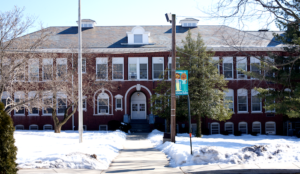 My last in PJ Media:

An ongoing “hate crime” controversy in Maplewood, New Jersey, is bringing leftist fantasies of evil, racist “Amerikkka” back to the fore. The family of Sumayyah Wyatt, a Muslim second grade student at Seth Boyden Elementary School in Maplewood, alleges that a rogue “Islamophobic” teacher ripped off their daughter’s hijab and traumatized the little girl. Hijab-wearing Olympic medalist Ibtihaj Muhammad, a Maplewood resident, said: “This is abuse. Schools should be a haven for all our children to feel safe, welcome and protected – regardless of their faith.”

The Hamas-linked Council on American-Islamic Relations (CAIR) demands the head of the teacher – figuratively, of course. However, the teacher denies everything and after death threats had to ask the police for protection. It appears that a hate crime has been committed, but it is not yet entirely clear who the victim really is.

However, CAIR-NJ Executive Director Selaedin Maksut has no doubts explain: “We call for the immediate firing of the teacher. Anything less is an insult to Maplewood’s students and parents. Forcibly removing a Muslim girl’s religious headscarf is not only extremely disrespectful behavior, but also a humiliating and traumatic experience. Muslim students already have to deal with bullying from peers, it is unthinkable that a teacher would increase their suffering. Islamophobia in our public schools needs to be addressed in New Jersey and across the country. Classrooms are a place where students feel safe and welcome, not afraid to practice their faith.”

It is indeed unthinkable. It is also virtually unthinkable. In his story of the controversy, WABC wrote: “The allegations have many in the community asking, how is this happening in 2021?” Good question. The idea that by 2021 there would be a second grade teacher in every school in the country who would feel free to take off a Muslim student’s hijab just doesn’t match the real world. But in the world of the left, we’re not living in 2021 at all, or if we are, it’s a nightmare version of 1955, with “white supremacists” running rampant and terrorizing defenseless people of color whose righteous grievances are laughed at by rogue cops and racist judges. Women are forced to deny their true ambitions and indulge in a life of housework and children they cannot abort. “Hate” is a family value, with ethnic and religious minorities regularly subjected to misunderstanding, abuse, ridicule and worse.

If that world ever existed, it is long gone, but not as far as left-wing pundits and opinion makers are concerned. Jenn M. Jackson, whose… website says she is a “queer gender flux androgynous black woman” and who is also an assistant professor of political science at Syracuse University with a book published by Random House, tweeted Saturday that she lives “under a white supremacist state”. Jackson does not live in South Africa in 1965; she actually thinks, or wants us to think, that under the regime of Old Joe Biden’s handlers, America is a “white supremacist state.”

In a similar vein, CAIR routinely paints a picture of America as a “racist,” “Islamophobic” nest of bigots and hate mongers. This is understandable: Victim status is a currency these days and being a victim of hate crimes makes one rich. If those hate crimes aren’t in sufficient numbers, they need to be invented.