Of course. After all, what else could motivate a ‘radicalized’ Muslim to kill people, other than a mental illness? 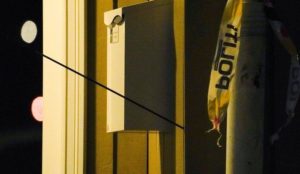 Erin Cunningham, Ellen Francis and Rachel Pannett: “The bow and arrow attack in Norway that killed five people appears to be an ‘act of terrorism’,” police say. Washington Post, October 13, 2021:

An attack by a man armed with bows and arrows who killed five people in a Norwegian town appears to be an “act of terrorism,” police said on Thursday.

Norwegian media reported that a court last year imposed a restraining order on the alleged attacker to stay away from two of his family members for six months after threatening to kill one of them. The police lawyer said psychiatric experts would assess him on Thursday and that he had confessed to Wednesday’s attack…